This is a single blog caption

Last week Capt. Finn (Fire Official) retred from the WTFD. Capt. Finn was hired in 1993 as a Part time inspector and was then appointed full-time in 1995. He was made one of the first duel-titled Firefighter / Fire Inspector in 1998 and promoted to Captain in 2014. Steve is a true example of a dedicated employee and very knowledgeable firefighter. He has received numerous recognitions during his career. We wish him all the best. 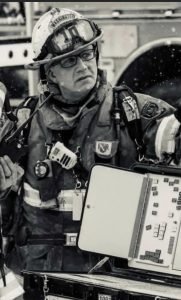 Board of Fire Commission Work Session